Study in Malaysia at the Top Ranked Curtin University Sarawak

The Best Foundation and Degree Programmes at Curtin University Sarawak

Bachelor of Commerce (with double majors)

Technology in Perth, Western Australia, to establish its first offshore campus in Miri.  It opened its impressive 300-acre campus in the suburb of Senadin to the north of Miri in 2002.

In the time since, Curtin University Sarawak has established itself as a world-class international university in East Malaysia, attracting students from throughout Malaysia and some 40 other countries.

Strategically located in a region of Sarawak famed for its natural wonders, rich cultural heritage and biodiversity, oil and gas industry, and emerging processing and manufacturing industries, and with over 3,500 students, Curtin University Sarawak offer students a truly international and cross-cultural learning environment in a unique Malaysian setting.

Most significantly, it is the relatively lower cost of studying and living in Miri, compared to the costs of pursuing tertiary studies in Australia, that attracts students to Curtin Sarawak. Every aspect of Curtin’s academic programmes, including course materials and examinations, are identical to the programmes offered at our main campus in Perth.

Some of Curtin Sarawak’s students take most of their course at the Miri campus and then transfer to Perth for their final year. Furthermore, Miri’s location, facilities, lifestyle, and warm and welcoming populace provide a conducive environment for university studies, as well as opportunities for research and development given the area’s rich eco-system and abundant natural resources. 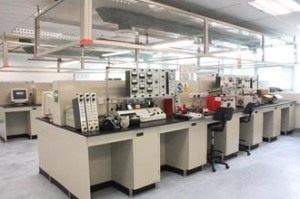 Students also have access to learning resources at Curtin’s main campus and other resources via the Internet.

The use of modern technology on the campus is also very extensive as Curtin places great emphasis on utilising technology to support teaching, learning and research.

Significant investment in computing and networking facilities continues to be made to ensure facilities are state-of-the-art.

The campus currently has 14 computer labs with over 400 PCs for student use in addition to terminals located in the library that provide access to the library’s online databases.

Furthermore, sophisticated IT linkages provide access to the online resources of the main campus in Perth.

As research activities are an essential component of academic excellence at Curtin Sarawak, the campus boasts a number

Curtin Sarawak is now entering its next phase of development spanning the next five years, during which its student population is expected to surpass 5,000.

A state-of-the art Library and Auditorium complex, a signature work of architecture and new campus landmark, has been completed. Incorporating a 400-seat auditorium and modern library facilities, it heralds an enrichment of campus life and the student and staff experience.

Students at Curtin Sarawak can find everything they need on the campus. In addition to the library and laboratories, there is academic support, study areas, a choice of food outlets, student lounge, postal and banking facilities, campus bookshop, convenience store, health and first aid centre, Islamic Centre, and public transport.

Curtin Sarawak aims to produce career-ready graduates with a passion for life-long learning and a commitment to serving the needs of the broader community.

Curtin’s courses have applied, practical subjects with a strong emphasis on industry links, which means students will have the opportunity to work closely with companies in their chosen field, often securing employment before they graduate.

In addition, Curtin has a strong commitment to multi-cultural and international engagement with our student population now numbering some 3,000. This cultural diversity adds a rich and valuable dimension to the campus atmosphere and also prepares their graduates to live and work in an increasingly global environment.

Just as with the student cohort, Curtin’s highly-qualified and experienced staff members come not just from Malaysia but also from Australia and numerous other countries. Having such high-calibre staff has allowed Curtin Sarawak to develop a number of research centres, many of which are linked to research 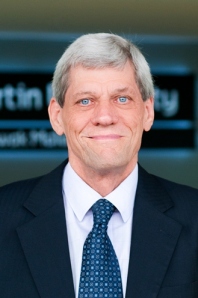 programmes at the Perth campus.

Curtin University Sarawak is renowned for their links with industry and business, and for the practical and applied nature of our courses.

Curtin Sarawak’s courses are identical in all aspects to those offered at Curtin’s main campus in Australia, are endorsed by the Malaysian Ministry of Higher Education, Malaysian Qualifications Agency and Malaysian Public Services Department (JPA), and accredited by professional bodies, ensuring wide recognition.

It is characteristics like these that differentiate their courses from those of other universities.

With seven campuses across the Asia-Pacific region, Curtin gives you all the benefits of a truly international university.

All the courses offered at their campuses in Sarawak, Singapore and Sydney are run using the same unit structure and study materials as their courses in Perth, meaning that you can transfer between two campuses to complete your Curtin degree.

When you graduate, you’ll have a degree that is recognised in more

places around the world and be able to complete further study at either campus to enhance your career prospects.

Achievements of Engineering Students and Staff at Curtin University Sarawak

In Curtin University Sarawak Malaysia, all engineering students MUST complete at least 12 weeks of Industrial Training as one of the requirements to be awarded a Bachelor of Engineering.

It is a mechanism to integrate engineering practices in the curriculum to achieve the overall Programme Outcomes and Curtin Graduates Attributes. Student shall undergo the Industrial Training during the semester break after he/ she has completed Year 3 or obtained at least 500 credit points.

Students should note that Industrial Training is an essential component in the engineering curriculum. It provides exposure to engineering processes at a practical level; helps developing professional skills required by an engineer and offers opportunity to prospective employment.

Many employers regard this period as a chance to assess potential employees for future employment.

All engineering students should make considerable effort and give sufficient thought into obtaining the most effective training for themselves. Whilst challenging, it is desirable to obtain training that covers a range of activities, such as design, laboratory and on-site field works.

Curtin Sarawak Reference Laboratory sponsored by Keysight Technologies, the world’s leading electronic measurement company, for students to learn how to use of electronic measuring devices and instrumentation applications for the Oil & Gas and power-generation industries in Sarawak

At Curtin University Sarawak Malaysia, Industrial Training is facilitated by the Dean of School with the consultation of the Industrial and External Relations Committee, and is managed by the respective Advisor for each engineering programme.

Through the Industrial Training at Curtin University Sarawak, students will be able:-

With seven campuses across the Asia-Pacific region, Curtin gives you all the benefits of a truly international university.

All the courses offered at their campuses in Sarawak, Singapore and Sydney are run using the same unit structure and study materials as their courses in Perth, meaning that you can transfer between two campuses to complete your Curtin degree.

When you graduate, you’ll have a degree that is recognised in more

places around the world and be able to complete further study at either campus to enhance your career prospects.

EduSpiral Consultant Services is a education agent that guides

students from across Malaysia to help them choose the right course and university. Highly experienced professional staff will talk to you and get to know you before giving advise on which course that will best fit you and your budget.

Established in 2009, EduSpiral is an appointed representative for top reputable private colleges & universities in Malaysia & Singapore.

These universities and colleges are chosen by EduSpiral because they represent the best in their fields in Malaysia and affordable. EduSpiral provides in-depth information and counseling on their courses so that students are able to make the right choice.

If you are still not sure what to study, please contact us and we will send you a free EduSpiral Career Assessment Form.

FREE Career Assessment to Find Out Which Course Suits You

Which Jobs Earn The Highest Salaries In Malaysia? – iMoney.com

Education Pathway to Study in South Korea for Malaysian Students