With the advent of YouTube, more people are exposed to the world of videoing. Some have even gone on to become professional “YouTubers” earning a living from this. Students who have a desire to become film producers or working in the film industry can consider taking the Diploma in Film & TV Production  at Point College.

Students after SPM or O-Levels with at least 3 credits and passes in BM & Sejarah can go for the affordable Diploma in Film & TV Production at the best new design college in Malaysia at Point College. 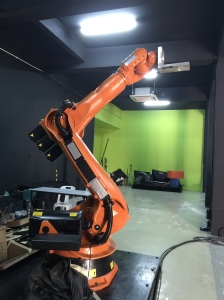 The world of Film & TV is demanding and is certainly one which thrives most on uninhibited creativity. The industry is demanding, discerning and incredibly selective.

Here at POINT College, their Diploma in Film & TV arms students with just the right amount of knowledge, attitude and hands on training with real studio experience at our very own 59’ X 64’ studio that is world class.

Plus, Point College students will definitely have an added edge, studying closely with Award Winning Industry Professionals and with the college’s constant collaborations with International Film and TV projects. All of which guarantees phenomenal exposure and recognition, allowing POINT College’s students to even make a name for themselves before graduation.

Point College, licensed and approved by the Ministry of Higher Education, is set to take the educational lead in nurturing Malaysia’s Creative Content Industry by offering diploma courses in New Media, Graphic Design and Interior Design.

Backed by industry professionals and supported by some of the biggest names in the industry, Point College’s internship programmes offer students an opportunity to work with some of the best organisations internationally and locally. This real-world experiential learning opportunity will lead to employment opportunities and the ability to work productively from day one*.

Point College is located strategically at Sunsuria Avenue, Kota Damansara, Point College provides a conducive environment for creative learning and advancement. Encompassing a modern and functional layout with some of the best equipment available, this state-of-the-art college features unique spaces for film, photography, reading, recording and many more.

Why Study at Point College

Students will be given job placement opportunities to learn trade secrets on how to produce and develop world-class animation series and feature films*.

Borne of a unique joint venture between Creative Media Point and Anima Vitae, a studio nominated for producing the best European animation feature film, Anima Point was established to meet the need for international 3D animated content and train industry professionals. Students will get the unique opportunity to work on some of the finest international 3D animated movies & TV series, in collaboration with Europe & Hollywood, through international internship*.

AnimaPoint creates animated films and series for international markets with passion and unique approach. As a company AnimaPoint strives to be innovative, nurture new fresh ideas and employ artists and technical personnel side by side.

Anima Vitae has been one of the leading animation studios in Nordic countries for well past decade. Anima is best known for 3D feature Niko and The Way to the Stars (2008) which was sold to 118 countries and was also nominated for the Best Feature at the European Film Awards. Currently the sequel for Niko, ”Niko2 – Little Brother, Big Trouble”, is traveling through the world. Anima has been also nominated twice for the Best European Animation Producer. 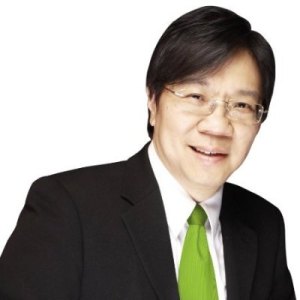 Backed with an unprecedented 30 years of experience in the industry, Yoki Chin’s contribution to the Film, TV, Animation, Design, New Media, Communication and other Creative Content industry is second to none. To date, Yoki has more than 100 international and local creative awards to his name.

Yokichin has won hundreds of Awards in the Film, Animation and Design Industry

EduSpiral Consultant Services is a education agent that guides students from across Malaysia to help them choose the right course and university. Highly experienced professional staff will talk to you and get to know you before giving advise on which course that will best fit you and your budget.

Established in 2009, EduSpiral is an appointed representative for top reputable private colleges &

My dream is to study film but there are few colleges offering this course and those that do are expensive. After talking to EduSpiral, he helped me to find the right college to achieve my dreams.
Khar Heng, Film Studies at Point College

These universities and colleges are chosen by EduSpiral because they represent the best in their fields in Malaysia and affordable. EduSpiral provides in-depth information and counseling on their courses so that students are able to make the right choice.

If you are still not sure what to study, please contact us and we will send you a free EduSpiral Career Assessment Form.

FREE Career Assessment to Find Out Which Course Suits You

Education Pathway to Study in South Korea for Malaysian Students